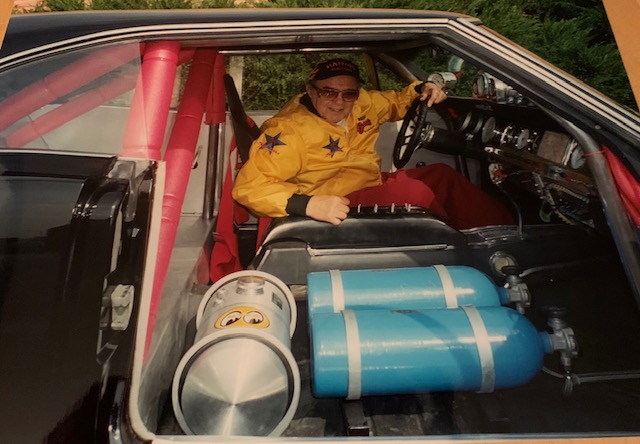 When you remember George Barris; the first thing that comes to mind is the Batmobile. George was involved with so many show cars, feature cars and celebrity builds that it would be almost impossible to list them all.

Being a fan of lead sleds,1949, 50 and 51 Mercury’s when somebody mentions Barris, yes, the cap crusaders car comes to mind, but it also reminds me of the Sam Barris Merc (Sam was George’s brother), the 1949 was the first successfully chopped Merc. The Sam Barris Merc was owned by Tommy Lee for 47 years.

Tommy and I worked together for Championship Auto Shows in the sixties and seventies. Tommy is from New Jersey. Thinking of Tommy reminds me of running the roads late at night in New York State in a hammered Merc with Tommy ridding shotgun. But that is another story for another time.

Tommy sold the Merc to John Mumford and Mumford had Roy Brizio Street Rods (South San Francisco) restore it to its original “Sam Barris” -built condition. After it was restored it was displayed at the Grand National Roadster Show in 2008. 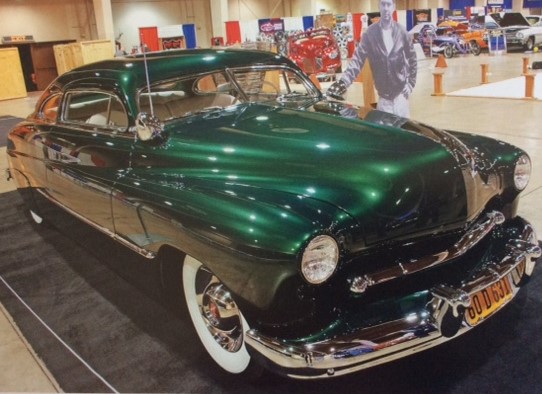 Another thought that comes to mind when thinking about George is public relations. For a number of years, I have been involved with a number of major automotive events. Responsibilities included finding and booking feature vehicles and celebrities filling exhibit halls, awards presentations, move in and move out plus the day-to-day management of the show. Booking features and celebrities was always challenging, interesting and fun.

The success of the bookings comes down to promotion. In all my dealings with celebrities there was nobody better than George Barris. Some celebrities like to stay in the background and downplay their importance, and in a lot of cases you would end up dealing with an agent.

Not George, he was just the opposite. He took PR to another level. George did his own public relations, almost on a daily basis, promotional material would show up in the mail.  Most of the material was directly from George always hand lettered and highlighted with coloured markers. (see samples below) attached.

Not only was he promoting our show, but he was also keeping his fans up to date on what was going on in his life. Promotion did not stop when the show was over, he would follow up with pictures and promo cards.

It was always a pleasure working with George, who passed away when the hot rod community was at the SEMA show, in 2015. News of his passing spread quickly and you could tell how important he was to the industry. 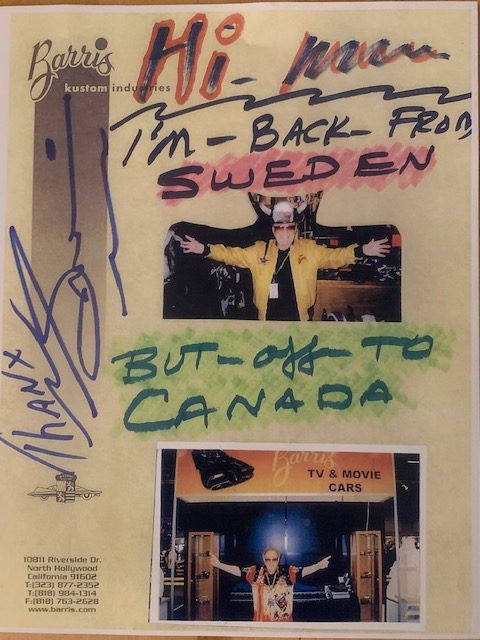 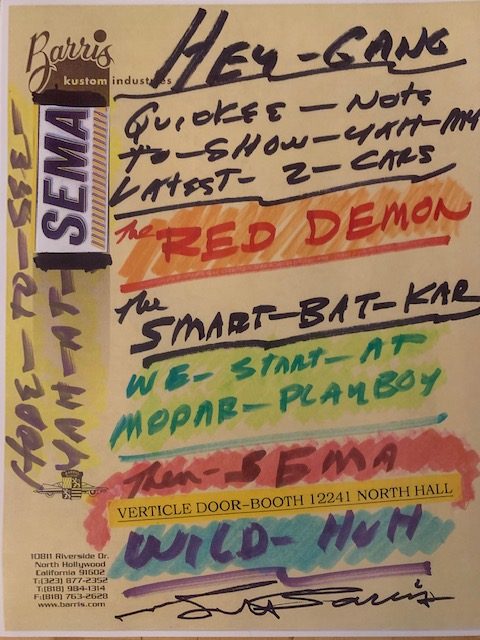 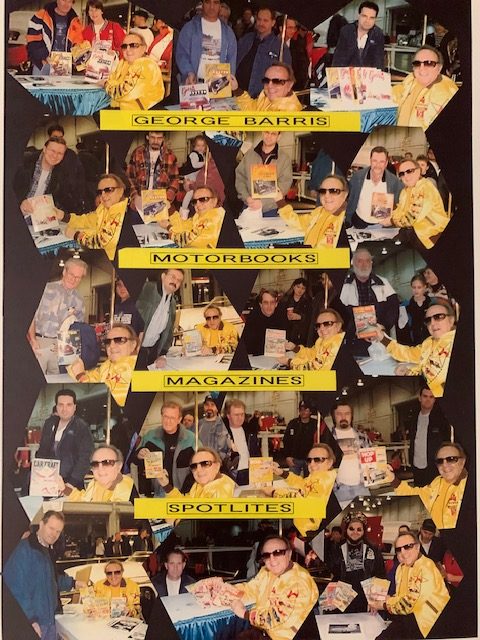